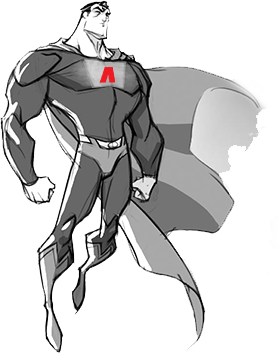 Heroic efforts for a Heroic tunnel

The Atal Tunnel, Rohtang, was merely transitioning from concept to reality in 2010-11. The Strabag-Afcons Joint Venture (SAJV) team was getting used to the topography and climatic conditions when the weather turned foul. We were faced with a numbing and harsh winter that wrapped the entire region in thick snow. It also brought with it the sudden and powerful avalanches. We knew it was the beginning of a long and testing period of constructing a tunnel in the Himalayas. I have since then fought many premonitions but never conceded to any doubt that questioned the success of the tunnel under extreme conditions.

When I recount those moments today, I feel proud of my team that fought weather and geology with an amazing grit. Their untiring efforts enabled us to achieve the impossible.

When we started this project, we knew it would be replete with challenges. Travelling to the north portal on Lahaul side via the 4,000m (approximately) Rohtang Pass itself was life-threatening. The way my team managed logistics is exemplary. In fact, at the north portal, we kept supplies and construction material to last for up to three months.

The geological condition of the region is such that excavation could be done only through two portals. The north portal was extremely cold and windy and tunnel construction was only possible for five to six months. On the south portal, we were unpleasantly greeted with extremely heavy water ingress of up to 8,000lit/minute at the 587m stretch of Seri Nalla zone. It was probably the trickiest part of the entire project.

About two years into the activities, the tunnel face at north portal collapsed suddenly in 2013. Luckily, no one was hurt. Just as the team tried gaining some ground after the setback, expected onset of winter in 2014 forced us to evacuate the site in a hurry. Besides, there was consistent threat of avalanches with over 20 avalanche-prone areas surrounding the tunnel portals. Regardless of the setbacks, the team continued to make progress.

The SAJV team became one with the region during the construction of the tunnel. We used our expertise and resources to help save lives of locals and officials. Right from the time the project started, our rescue team which comprised winter sports athletes, including an Olympian, have scoured the avalanche-prone region, rescued BRO officials, villagers, tourists, and updated the site personnel as well as locals and helped in safe navigation. They have been able to avert countless disasters due to their agility and bravery.

Soon after its breakthrough in 2017, the tunnel became a lifeline which the team used to transport countless people stranded in Lahaul-Spiti to Manali. Tourists, students, local villagers, people in official capacities, you name it. They have all been granted safe passage by Border Roads Organisation (BRO) and SAJV teams.

The world’s longest highway tunnel over 10,000 feet is a reality due to the conviction and heroism of the SAJV team. I salute the heroism of every single person involved in the project.